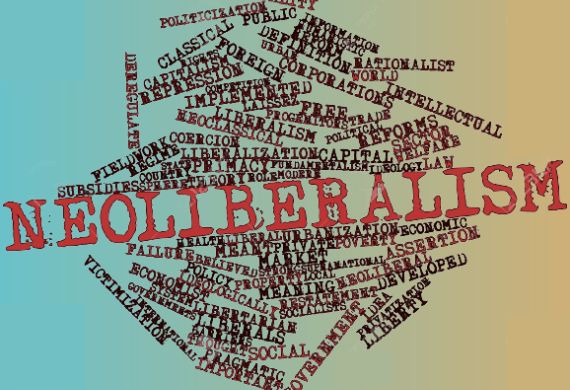 One currently influential intervention philosophy is neoliberalism. The term encompasses a set of assumptions that have become widespread during last couple of years. Neoliberal policies are implemented in developing nations, including post socialist societies. Neoliberalism is the current form of the classic form of classic economic liberalism laid out in Adam Smith’s famous capitalist manifesto The Wealth of Nations, published in 1776 soon after the Industrial Revolution. Smith advocated laissez-faire economics as the basis of capitalism. The government should stay out of its nation’s economic affairs. Free trade, Smith thought was the best way for a nation’s economy to develop. There should be no restrictions on manufacturing, no barriers to commerce and no tariffs. This philosophy is called liberalism because it aimed at liberating or freeing the economy from government controls. Economic liberalism encouraged free enterprise and competition with the goal of generating profits.

Economic liberalism prevailed in the United States under President Franklin Roosevelt’s New Deal during the 1930s. The Great Depression produced a turn to Keynesian economics which challenged liberalism. John Maynard Keynes insisted that full employment was necessary for capitalism to grow, that governments and central banks should intervene to increase employment and that government should promote the common good. Especially since the fall of Communism there has been a revival of economic liberalism now known as neoliberalism which has been spreading globally. Around the world, neoliberal policies have been imposed by powerful financial institutions such as IMF, the World Bank etc. Neoliberalism entails open international trade and investment. Profits are sought through lowering of costs whether through improving productivity, laying off workers or seeking workers who accept lower wages. In exchange of loans, the governments of post-socialist and developing nations have been required to accept the neoliberal premise that deregulation leads to economic growth which will eventually benefit everyone through a process called trickle down. Accompanying the belief in free markets and the idea of cutting costs is a tendency to impose austerity measures that cut government expenses. This can entail reduced public spending on education, health care and other social services.